The CASLI Testing Committee is comprised of individuals who bring a strong background as interpreting practitioners and/or consumers of interpreting services, as well as a variety of backgrounds related to linguistics, interpretation, teaching of interpretation, research, and testing and measurement. This committee is tasked with the development and implementation of the Job Task Analysis for the Deaf Interpreter exam(s) and with the development of the next iteration of the interpreter knowledge and assessment exam(s) used for certification purposes. Betti hails from the North side of Chicago (go Cubs!) and spent 10 years in the Chicago Public School system, mainstreamed BEFORE that term was coined.  The school’s ‘accommodation’ was to place her (and her deaf classmates) in the front row of all her classes.  It wasn’t until her first class in the Social Work program at RIT/NTID that she received an interpreted education.  This was such an eye-opening experience she agreed to assist in NTID’s Basic Interpreter Training Program (back in the days when it was offered for 6 weeks in the summer!) thus began her lifelong career as an educator and community activist. She got her first start in the education realm with a stint at St. Paul TVI’s (now St. Paul College) Interpreter Training Program, and after getting her Masters from California State University at Northridge’s Leadership Training Program, she relocated to Florida.  She has been a permanent resident since 1984, and has had numerous positions within the Deaf / Interpreting communities. Betti has also served on the Boards of the Conference of Interpreter Trainers (1980 – 1984), the Minnesota Registry of Interpreters for the Deaf (’79  – 82), the American Sign Language Teachers Association (2005 – 2009) and now currently the Florida Association of the Deaf.  She has traveled extensively as a workshop presenter/performer, now semi-retired and doing freelance work. She looks forward to contributing to the important work of CASLI. Krista M. Dillman has been interpreting for 25+ years. She has a Master of Science degree in Rehabilitation Counseling and is working on her doctorate degree in Higher Education Administration.  Her credentials include the NAD IV, CI and CT, SC:L, SLPI:ASL- Superior, NIC-Master, and OTC certificates. She has interpreted in the theatre, medical, job site, mental health, education, religious, legal, and video relay settings. She coordinated an RID Test Site in St. Cloud for five years.  She has presented workshops a variety of topics including NIC Preparation, ASL structure, Legal interpreting, and the Code of Professional Conduct, in addition to co-presenting several workshops including Religious interpreting, Back to School, and Use of Space and Classifiers.  Krista worked as a full-time video interpreter for ZVRS from 2008 to 2016 prior to serving as manager in St. Cloud.  She is currently working as an educational interpreter and looks forward to the challenge of test development with the CASLI Test Development Committee. 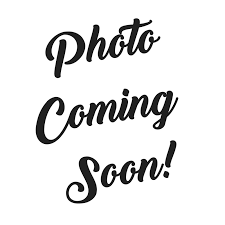 Raymond T Kenney began his career as an interpreter in 1976, helping the NTID interpreter training program and serving as a mentor to hearing interpreter. He received RSC in 1983, his CDI in 2010 and after completing a year long legal interpreter program in Massachusetts, his CLIP-R in 2015. In 1990, when he and his wife started Sign Language Connection, an interpreting business in Rochester, he extended his expertise to advocacy of interpreting services and assessment of new interpreters wishing to work through the business. He has extensive experience serving local state and national organizations including chair of the bylaws committee of GVRRID, president of Empire State Association of the Deaf, NAD, the NTID ASLIE Advisory Board, the Board of Center for Disability Rights, and most recently RID Deaf Advisory Council. Ray travels extensively in the North East  to interpret and offer workshops. Liz Mendoza has been an interpreter since 1984 and has experience in a variety of settings, including legal, medical, graduate level educational, and VRS settings. Liz is currently the Chair of the Legal Interpreters Member Section, and the World Association of Sign Language Interpreters North American representative. She has been teaching fingerspelling and interpreting classes since 1989 and is currently a professor at Palomar College in San Marcos, CA. Liz is author of ABC-123: Fingerspelling and Numbers in American Sign Language (RID Press, 2006) and has been actively involved in the Registry of Interpreters for the Deaf on the local, regional and national levels, as well as the Conference of Interpreter Trainers as Board Secretary. Geri Mu has been working as an interpreter since 1984 and an interpreter educator since 2005. Geri holds an A.A. in Interpreting from Los Angeles Pierce College, a B.A. in Deaf Studies from California State University Northridge, and an M.A. in Linguistics from Gallaudet University. She has served on various RID committees and Task Forces throughout the years, including the NAD-RID NIC Task Force, the CDI Task Force, the NAD-RID Certification Council, the Cultural Diversity in Leadership Committee, and RID’s Blueprint Committee. Additionally, she was a Content Expert for the NAD-RID NIC Exam. Geri is currently a freelance interpreter residing in San Diego, CA. Jeffrey Levi Palmer has been working as an interpreter since 2003, working primarily freelance for higher education institutions and the government in Washington D.C. He received his interpreter training at the University of Tennessee during an intensive summer program and through various alternative means such as workshops, summer programs at Northeastern University, and Betty Colonomos’s Foundations of Interpreting series. In addition to being a Coda and a heritage signer of ASL, he has extensively studied Mandarin and has a doctorate degree in linguistics from Gallaudet University. Amy Peterson works as a CDI in a variety of settings and has extensive knowledge and experience in legal and mental health settings. Currently, Amy is the Deaf Services Communication Coordinator for the State of Georgia Department of Behavioral Health and Developmental Disabilities. Amy has taught ASL for more than 15 years at universities, community colleges, and in the community and has presented workshops on a variety of topics related to American Sign Language, interpreting, and Deaf culture/history. She has a passion to raise the bar on expectations for interpreters, especially in the mental health, legal and educational setting. Amy has been married to Jimmy for 29 years and has two girls who are also Deaf. In addition, she is blessed with a 10 months old grandbaby, Miya Hope. Keven Poore, from the Philadelphia area, is the owner of Positive Actions in Communication and Therapy (P.A.C.T.). He received his Master’s degree in Mental Health Counseling from Gallaudet University and provided mental health and chemical dependency services for over 20 years. He has now been a full time freelance Certified Deaf Interpreter for six years. Much of his work takes place in legal, mental health and medical settings. He also provides Deaf Interpreter trainings as well as trainings on Deaf/Hearing Team interpreting and Interpreting in Behavioral Health settings. 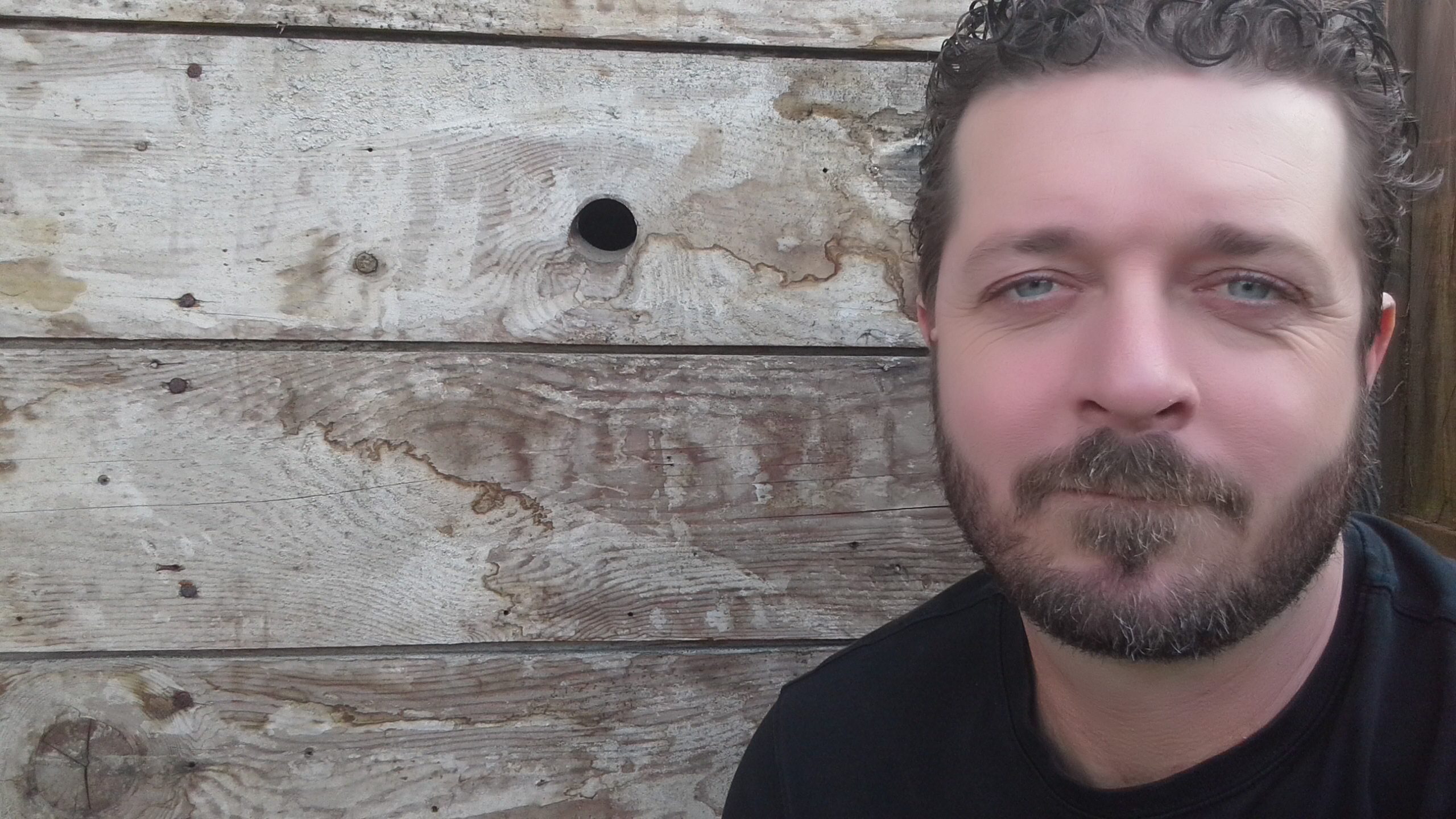 Jeremy Quiroga continues to share his love of life and his language through workshops and performances nationally.  He started out as a medical interpreter by becoming the first staff CDI for the University of Rochester Medical Center.  From that point forward medical interpreting became his focus.  By combining his CATIE Center training, his ASL mastery skills & life experience, Jeremy provides interpreter workshops with a phenomenal range of tools for the medical setting.  Currently, Jeremy is a professor at Highline College teaching ASL and works as VRI interpreter in medical setting. . 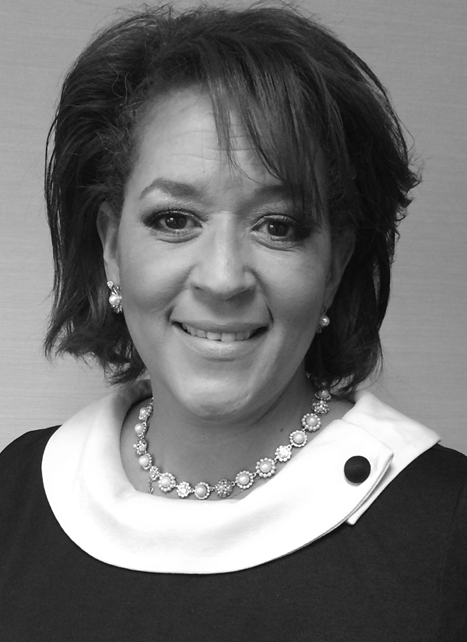 Cheryl Thomas is the former staff sign language interpreter for the Arkansas Supreme Court Administrative Office of the Courts, Office of Court Interpreter Services. Cheryl began her interpreting career in Edmonton, Alberta, Canada prior to moving to Arkansas in 1999.  She has worked in various settings including VRS, education and freelance work, but in recent years has focused on interpreting in legal settings.  In addition to her freelance work and facilitating for Project CLIMB, Cheryl volunteers her time on various national committees.  Cheryl currently holds her NAD V, CI, CT, NIC-M, SC:L, and BEI Court. A DPI, and raised in a large Deaf family, Cheryl lives Louisville, MS with her husband, and has 4 children and 6 grandchildren.  For fun, she enjoys riding her motorcycle and “glamping” with her husband..